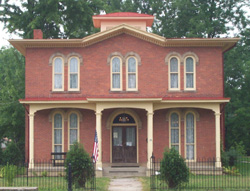 This brick Italianate-style house, built in 1866, was originally the home of General Giles W. Shurtleff, leader of the first African-American regiment from Ohio to serve in the Civil War. The house became the longtime home of James Monroe and his wife, Julia Finney Monroe. He was an important abolitionist, advocate of voting rights for African-Americans, and friend of Frederick Douglass. Monroe taught at Oberlin College, served as a U.S. Consul to Brazil, and was a five-term U.S. Congressman. Mrs. Monroe was a daughter of Charles Grandison Finney, the great religious leader of Oberlin College.

The standard tour of the Monroe House focuses on abolition, the Underground Railroad, women's rights, Oberlin town and college history, and life in the 1860s and 1870s. Learn why Oberlin is called "the town that started the Civil War," and how it was a leader in coeducation (first co-educational college in the nation) and in integrated education (first college with a policy of non-discrimination based on race/ color-blind admissions). 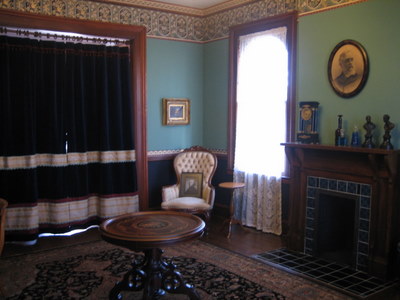