Oberlin Then and Now: Lord Cottage 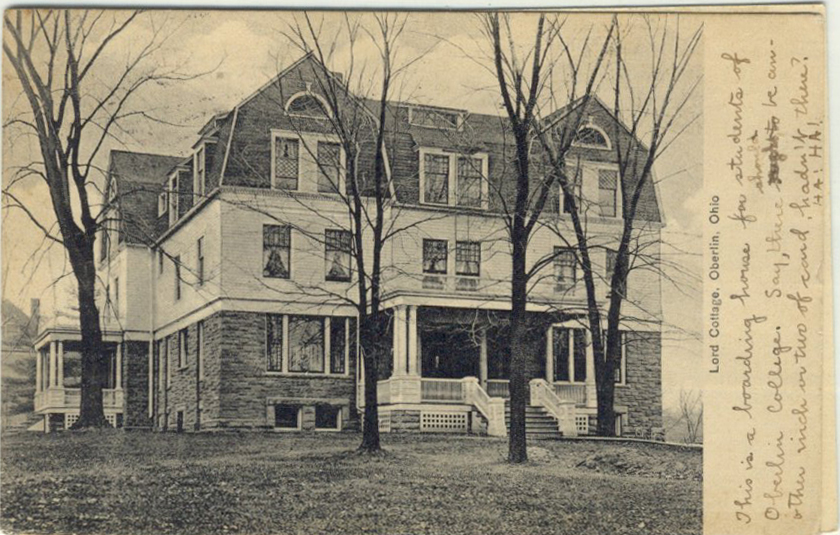 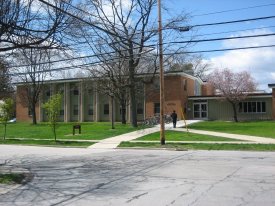 Lord Cottage was begun in 1891 and completed in 1892. The total cost was $17,300. Mrs. Elizabeth W.R. Lord gave $11,000 for its construction and equipment, and the cottage was named in honor of her. It provides dormitory accommodations for forty young women. The dining room offers table board for thirty-five others. It is a three-story building, located on the northwest corner of Professor and Forest Streets. The first story is constructed of brown stone, and the second and third of wood. It suffered a serious fire in the winter of 1900, but was immediately rebuilt, and was ready for use again in the fall. [A new fire escape was installed on the west side of the building in 1958-59 and was demolished to make room for new construction in 1964-65.]