Oberlin Then and Now: Mahan-Morgan House 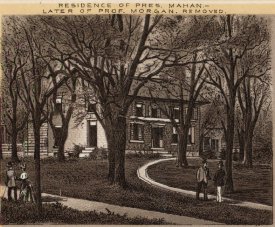 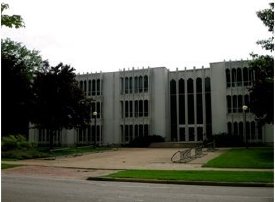 On the northwest corner of the intersection of Professor and College streets, the Institute also erected, in the year 1835, a house, similar to the Finney House, for the use of President Mahan. The street upon which the Mahan and Finney Houses were erected was named for the first time Professor Street. The Mahan House was a two story brick building, and was occupied by President Mahan until 1850. In 1850 it was purchased by Professor Morgan, and was used by him until 1881. It was purchased for the Conservatory of Music in 1881, and was used for the purpose of the Conservatory of Music for two years, when it was torn down to provide a site for Warner Hall.