Oberlin Then and Now: Geology Laboratory the Second 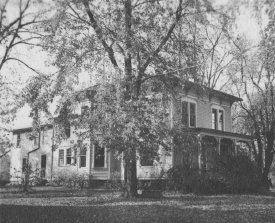 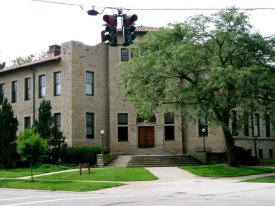 The house located at 120 North Professor Street, formerly a private residence belonging to Professor William B. Chamberlain, was remodeled in 1915 as a laboratory for the department of Geology. The Geology museum on the second floor contains collections of fossils from Ohio strata and good working collections for study from many other localities in the United States, Canada, and foreign countries. Many casts of rare fossils supplement the natural specimens. Devonian fish remains from Ohio shales constitute one of the best exhibits of its kind in the world. [The Geology Laboratory was originally built in 1883 and was demolished in 1963.]