Oberlin Then and Now: Ellis Cottage 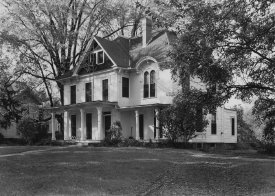 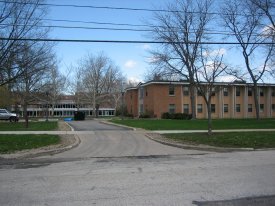 The former home of Professor John Millott Ellis was purchased by the College in 1906. In the summer of 1914 it was remodeled for college purposes and used as a house of residence for women. It accommodates fifteen women, who take their meals elsewhere. Professor Ellis had an official connection with Oberlin College extending over thirty-seven years, as Teacher, Professor of Greek, Professor of Philosophy, and for one year as Acting President. [Ellis Cottage was discontinued as a woman’s dormitory in 1949 and later used as a faculty house. It was demolished, according to the 1964/65 annual report.]