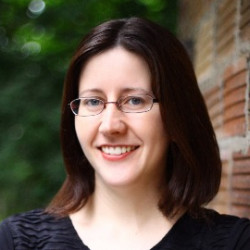 Following a national search, the Oberlin Heritage Center is pleased to announce that Elizabeth (Liz) Schultz will become the local history and preservation nonprofit organization’s next executive director.

Current director, Patricia Murphy, will retire in late August following 22 years at the helm.  In announcing the transfer of leadership, Board President Nick Jones stated, “I am very pleased that the Heritage Center had the good fortune to find the best candidate for the position in our own Museum Education and Tour Coordinator, Elizabeth Schultz.  She submitted a strong application, was interviewed along with several outside candidates and received the unanimous support of our search committee.”  Schultz’s appointment was confirmed by the OHC Board of Trustees on July 1, and she will officially take the reins as director on August 22, 2015.