Oberlin Then and Now: Browning House 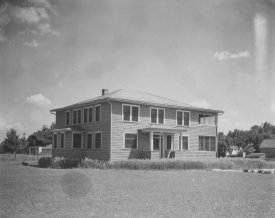 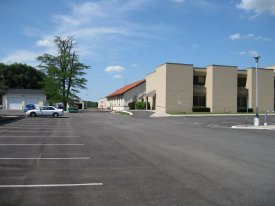 The Browning House, adjacent to Allen Hospital, is a twelve-bed infirmary named in honor of Dr. Charles H. Browning, for many years a prominent physician in Oberlin. This building is so arranged that contagious diseases as well as minor illnesses can be cared for here. It was opened for use in January, 1928. The building was for many years a private residence located on land immediately in front of Allen Hospital. For many years prior to the opening of Allen Hospital an infirmary of similar character and bearing the name “Browning House” was operated by the College at 268 Forest Street. [Browning House was referred to as “Allen Cottage” prior to January, 1927. It was razed in May, 1975.]