Oberlin Then and Now: Antlers 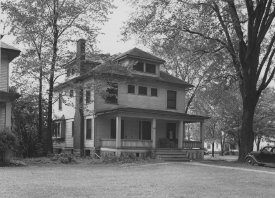 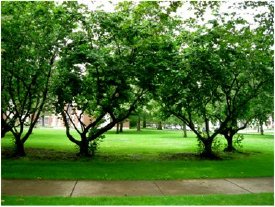 The property at 228 North Professor Street was purchased by the College in 1928 as a part of the proposed Men’s Campus. The house had served previously for many years as a house of residence for men under private management, and this use continued until 1936. Since September, 1936, it has been operated directly by the College as a house of residence for Freshman men. It accommodates thirteen. [Antlers was last used as a college dormitory in 1944-45. It was then used as apartments for married students. Antlers was demolished in 1964-65.]