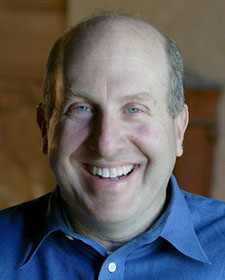 The public is invited to the annual dinner meeting of the Oberlin Heritage Center on Wednesday, April 7 at the Oberlin Inn. The evening will include a celebratory look back at the highlights of the past year for the organization as well as a glimpse into the community's future with featured speaker Oberlin College President Marvin Krislov addressing "The College and the City: What Lies Ahead." The Heritage Center's Ninth Annual Community Awards also will be presented to several community members being honored as leaders in history education, historic preservation, and community service. The event begins at 5:00 p.m. with a Social Hour (cash bar), followed by dinner at 6:00 p.m., and President Krislov's remarks at 7:00 p.m.

Marvin Krislov became the 14th President of Oberlin College in the summer of 2007. He came to Oberlin from the University of Michigan, where he had been vice president and general counsel since 1998. While serving as College President, Mr. Krislov has continued to teach and be active in public service. In November 2009, he was appointed to the National Council on the Humanities, the 26-member advisory board of the National Endowment for the Humanities. He and his wife, Amy Sheon, became members of the Oberlin Heritage Center shortly after their move to Oberlin.

Reservations for the Oberlin Heritage Center's annual meeting are available for $25 per person for Heritage Center members and $30 per person for the general public. Menu options are Beef Kabobs, Chicken Marsala, and Cheese Stuffed Ravioli (vegetarian). Registration is available online in the Event Calendar or the downloadable pdf below, or you may request a reservation form by calling 440-774-1700, sending an e-mail to [email protected], or visiting the Oberlin Heritage Center's office at the Monroe House, located at 73½ South Professor Street (back of Conservatory of Music parking lot), during office hours, Tuesday through Saturday, 10 a.m. to 3 p.m.  Registrations must be made by Friday, April 2.