Oberlin Then and Now: White House 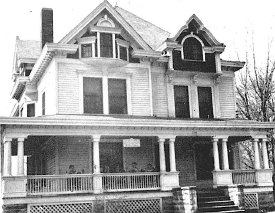 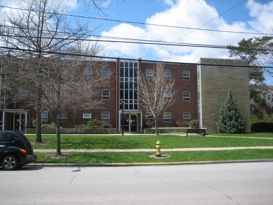 The property at 144 North Professor Street formerly the residence of Mr. A.M. Loveland, was purchased by the College in 1931. The house was moved to the site at 160 North Professor Street, was remodeled for use as a house of residence for men, and since 1931 has been operated by the College as a men’s house. Prior to the time of the purchase by the College it had been operated as a dormitory for men under private auspices. [The White House was used as a women’s dormitory from 1951 to 1956. From then until it was demolished in 1962, it was once again used as a men’s dorm.]