Oberlin Then and Now: West Lodge 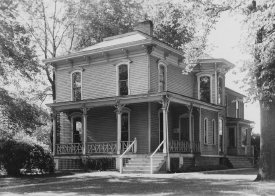 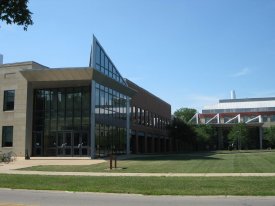 Since 1929 West Lodge at 106 West Lorain Street has been used as an office annex, for the work of the photographic and photostat departments, for the faculty stenographic service, and for three departmental offices. The property was purchased by the College in 1915, having served previously as a boarding house under private auspices. From 1919 to 1926 it served as a house of residence for men, accommodating twenty-four students. From 1926 to 1929 it was used by the department of Geology and Geography. [During 1927-37, West Lodge was used by the faculty stenographic office, Photographic department, photostat department, and contained several faculty offices. In 1937, stenographic and Photographic offices moved to McClelland Block (21-23 North Main Street). West Lodge was demlished in November 1957 to make room for Kettering Science Building. Faculty offices moved to North Lodge and Root House.]