Oberlin Then and Now: Music Hall 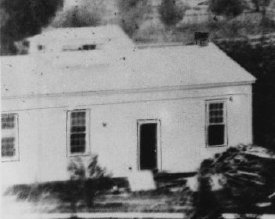 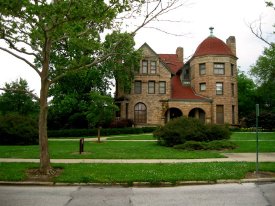 Music Hall was built in 1842. It was a one-story frame building, 30 by 50 feet, located on the site where Baldwin Cottage now stands. Music Hall was built through the efforts of Professor George N. Allen, the choir of the first Congregational Church, and the literary societies. It was used by the choir and literary societies, and received its name from the fact that for a number of years choir rehearsals were held there. The room accommodated about two hundred. About 1874 it was moved to a location near the Ladies Hall (Second) and converted into a gymnasium for young women. It was destroyed by fire in April, 1880.