Oberlin Then and Now: Men's Gymnasium the Second 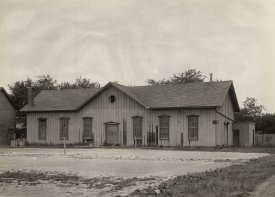 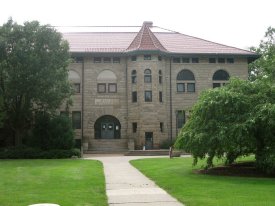 The Men’s Gymnasium was located on the site now occupied by Warner Gymnasium. It was a one-story frame building about 75 by 25 feet, built in the spring of 1873 at a cost of $1,000, the money for this purpose being raised by student effort. It was opened for gymnasium work in October, 1873, and was used continuously until 1900. In 1900 the building was moved to a location several hundred feet north of Warner Gymnasium, and was used as a shop for the College carpenter. It was destroyed by fire in December, 1909.