Oberlin Then and Now: Heusner House 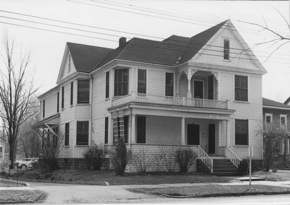 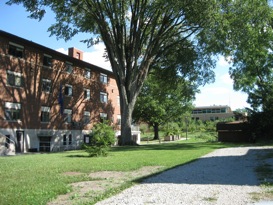 For many years an apartment house privately owned by Mrs. William Heusner. First used as a dormitory for women in 1954-55, when it served as an annex to Webster Hall, at that time an honor dormitory. Eleven girls lived on second floor and took their meals at Webster. Mrs. Heusner lived in the first floor apartment. This arrangement continued, in general, until after the death of Mrs. Heusner and after her daughter moved from the apartment in the summer of 1957. In 1948 Negotiations to purchase the house were begun with Mrs. Heusner. She lived in the house until her death November 209, 1955, and the Executive Committee on December 16, 1955 voted to exercise the option held by the College to purchase. It was remodeled for Offices of Social Sciences-voted by Prudential Committee name to be Social Sciences Offices.