Oberlin Then and Now: Geography Building 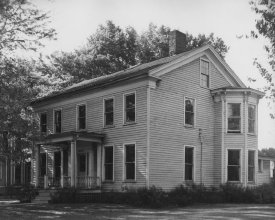 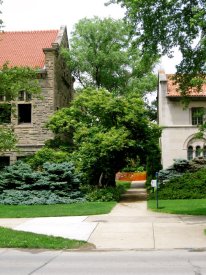 Since 1929 the house on the property at 86 West Lorain Street has been used for the department of Geology and Geography as headquarters for the work in Geography. The house was built in the early forties by Professor Henry Cowles and was located on the corner lot now occupied by Severance Chemical Laboratory. It came into the possession of the College in 1898 by purchase from Deacon John S. Peck and was removed from its former location to the present location in 1900. It was remodeled in the summer of 1919 to serve as a house of residence for twenty-two men and in this capacity was known as East Lodge. From 1926-1929 it was used for the storage of library duplicates. [In October, 1960 the Geography Building was rased to make way for Kettering Science Building. The Geography Department was relocated to Hales Gymnasium.]