Oberlin Then and Now: Finney House 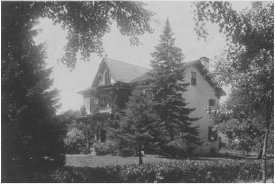 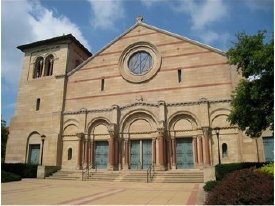 The Institute built in 1835, on the southwest corner of the intersection of Lorain and Professor streets, a two-story brick building, “spacious and comely.” This building was erected as a home for Professor Finney. Sometime during the year in which Professor Finney became President, 1851, Mr. Finney purchased the house from the College, and continued to occupy it until his death in 1875. In 1886, Mr. Frederick Norton Finney, the son of President Finney, repurchased the house and lot and deeded them to the College, announcing his purpose to erect upon that site a college building in memory of his father. Two years later Mr. Finney placed in the hands of the Treasurer of the College the sum of $50,000, to constitute a building fund for the memorial building. This fund, with the accrued income for twenty years and additions made by Mr. Finney later, made possible the construction of Finney Memorial Chapel. From 1891 to 1904 the Finney House was used for laboratory purposes for the department of Botany. It was torn down in the winter of 1905, to provide the site for the Finney Memorial Chapel.