Oberlin Then and Now: Cranford Dorm 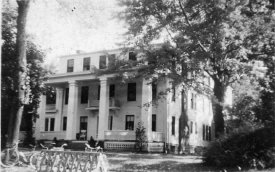 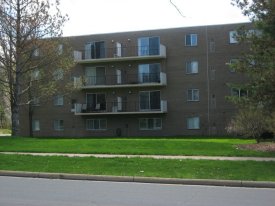 Cranford was purchased by the College for use as a women’s dormitory and dining hall for men and women in 1946 from Mrs. Bertha Pope Cairns (Mrs. William D. Cairns). The lot had a frontage of 100 feet on the south side of East College Street, running back to Plum Creek to a depth of 535.32 feet t 599.7 feet. In addition to the large frame house used as a women’s dormitory, there was a garage with storage facilities on the second floor. Cranford had been privately operated by Mrs. Cairns, or by those employed by her, prior to purchase by the College. At the time of purchase it housed 43 women and provided board for 82 men and women.