Oberlin Then and Now: Beacon 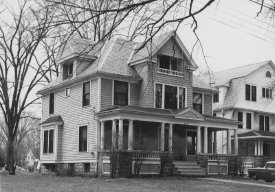 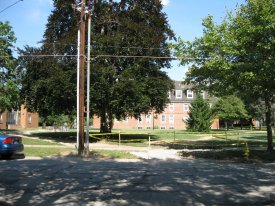 The property at 204 North Professor Street was purchased by the College in 1932. Prior to that date it had served as a men’s residence house operated by Mrs. A.B. Parsons. Since September, 1932, it has been operated by the College. It was officially named “The Beacon” in 1933. It has rooming accommodations for eleven men who take their meals elsewhere. [Beacon was called “Parson’s House” until 1933. In the summer of 1937, “The Beacon” moved to the house at 195 Woodland Avenue, purchased by the College for the proposed Men’s Campus project. In 1947, the house was used for apartments and later as rental property for the faculty. The building was demolished in 1962.]