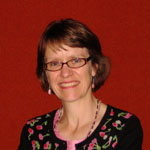 Patricia Murphy was the executive director of the Oberlin Heritage Center from 1993 to 2015. As the first director, she helped the organization to develop a tour program, a calendar of public events and school programs, a membership of over 700 individuals, businesses and organizations, and volunteer and intern programs. She also provided leadership in strategic planning, development, master planning, and accreditation.  She served on the American Association of Museums Accreditation Commission and was an accreditation and Museum Assessment Program peer reviewer.  She was designated Oberlinian of the Year by the Oberlin News-Tribune in 2006. She is also the recipient of a 2005 Grinnell College Alumni Award and an Outstanding Individual Achievement Award from the Ohio Association of Historical Societies and Museums in 1999.   She served as a grant peer reviewer for the Institute for Museum and Library Services and the National Endowment for the Humanities.  She served on the City of Oberlin Historic Preservation Commission from 1994 to 2010 and is the past President of the Ohio Association of Historical Societies and Museums/Ohio Local History Alliance.  She is the author of "Human Resources Administration: Building an Effective Team" in the six-volume Small Museum Toolkit published by Alta Mira Press.

Pat graduated from Grinnell College in history and French, and received her Master of Architectural History degree from the University of Virginia. She is a graduate of the Seminar for Historical Administration at Colonial Williamsburg and the Getty Museum Management Institute and is a Certified Fund Raising Executive (CFRE). She worked as a historic preservation consultant in Cleveland and Los Angeles and with the Minnesota State Historic Preservation Office of the Minnesota Historical Society. Previous positions include Senior Planner in Urban Conservation for the City of Pasadena, Docent Training and Research Assistant at Frank Lloyd Wright's Hollyhock House (Los Angeles), Research Associate for the National Federation of State Humanities Councils, and Executive Director of the Historic Preservation Trust of Lancaster County (Pennsylvania). She was guest curator for a University of Minnesota Gallery traveling exhibit on "Minnesota Master Architect: Cass Gilbert" and her articles on Cass Gilbert appeared in publications of the American Institute of Architects and The National Trust for Historic Preservation. She directed a two-year Historic Sites Survey of the City of St. Paul, Minnesota. She prepared many National Register nominations (including the Downtown Oberlin Historic District and the Gasholder House), landmark designations, surveys, preservation plans, and design guidelines for non-profit organizations, local governments, businesses and individuals.